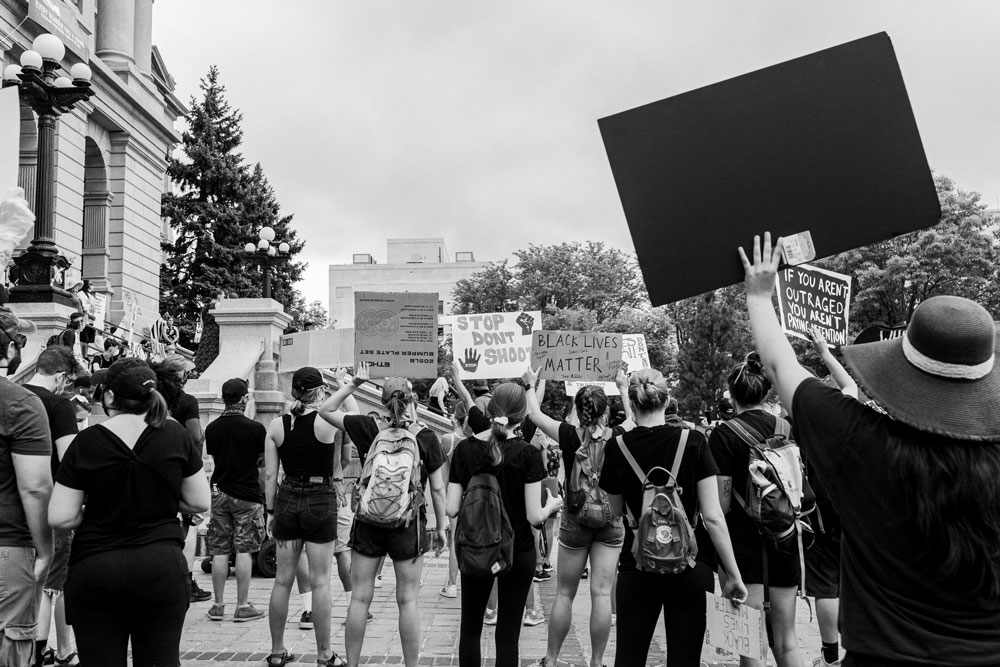 In the summer of 1963, I was about to enter sixth grade. My Air Force family had just moved from Albuquerque, New Mexico to Montgomery, Alabama. An all-black crew helped us unpack.

Seared into my memory is a moment when the crew chief (and owner of the moving truck) asked me to go to the local burger joint to buy lunch for his crew since they wouldn’t be served.

Elsewhere in Montgomery, I saw “White Only” drinking fountains and restrooms, and experienced segregation in restaurants and on buses.

An unwelcome introduction to overt racial discrimination for a 12-year-old.

That same summer, Governor George Wallace infamously stood in front of a schoolhouse door at the University of Alabama in an attempt to block two black students, Vivian Malone and James Hood, from enrolling.

Two months later, Martin Luther King keynoted the March on Washington on the steps of the Lincoln Memorial where he gave his famous “I have a Dream” speech.

A year later, he was awarded the Nobel Peace Prize for combating racial inequality through non-violent means.

King gave a speech in 1967 at Stanford University which was prescient. In it, he said:

The recent murder of George Floyd shocked America, and it should. It requires swift justice and hopefully, we are moving in that direction.

I do not – in any way – condone the violence and destruction that came in the wake of this tragic episode, but until we better understand and act on the underlying causes, we will – as King prophesized – repeat it over and over again.

We’ve come a long way since 1963, but not far enough. Changing our nation’s culture is hard. Really, really hard. Many are trying. I’m one of them. But it takes strong leadership – like Martin Luther King -- at every level and on both sides of the racial spectrum and the ideological divide.

Major General Craig Whelden, U.S. Army (Retired) served 30 years in an Army uniform followed by another nine as a member of the Senior Executive Service for the Marine Corps. He is a motivational speaker on leadership and life lessons and is the author of the multiple award-winning, #1 international best-selling book, LEADERSHIP: The Art of Inspiring People to Be Their Best.

Served 30 years in the Army followed by another nine as a member of the Senior Executive Service for the Marine Corps.

He is a global Fortune 500 speaker and the author of a three-time award-winning, #1 international best-selling book, LEADERSHIP: The Art of Inspiring People to Be Their Best.  He now resides in Bluffton, South Carolina.